WASHINGTON, May 18, 2022 – Consumer spending this Father’s Day is expected to total $20 billion, nearly on par with last year’s record-setting figure of $20.1 billion, according to the annual consumer survey released today by the National Retail Federation and Prosper Insights & Analytics. Approximately 76 percent of U.S. adults are expected to celebrate Father’s Day.“Despite growing concerns about inflation, consumers plan to spend approximately the same amount as last year in celebration of Father’s Day,” NRF President and CEO Matthew Shay said. “Spending patterns also reflect the sentimental nature of the holiday as consumers are prioritizing unique and meaningful gifts.”Consumers plan to spend an average of $171.79 to honor their fathers and other important men in their lives, nearly mirroring last year’s expected average spending of $174.10.The most important factors influencing Father’s Day purchases are “finding a gift that is unique or different” (44%) and “finding a gift that creates a special memory” (37%).

One-quarter of consumers (25%) plan to give “gifts of experience” such as tickets to a concert or sporting event. Another 37 percent are interested in extending the longevity of the celebration by gifting a subscription box service.“Spending in the most popular gift categories closely mirrors last year’s projections despite inflation woes,” Prosper Vice President of Strategy Phil Rist said.Almost two-thirds of consumers (64%) report having seen higher prices when shopping for Father’s Day gifts.Above all other gift categories, consumers plan to spend the most ($32.29) on a special outing such as a Father’s Day dinner or brunch, very similar to last year’s $29.37.Shoppers are also planning to spend nearly the same as last year in the popular gift categories of clothing ($26.62) and gift cards ($23.02).Retailers play an important role in influencing shoppers’ gift purchases: 30 percent of consumers report that they look to retailers for gift inspiration.Forty percent of consumers plan to shop for Father’s Day gifts online while 34 percent plan to shop at department stores; specialty stores (greeting card/gift stores, electronics stores) and discount stores are tied at 22 percent.The survey of 8,297 consumers was conducted May 2-9 and has a margin of error of plus or minus 1.1 percentage points.

About NRFThe National Retail Federation, the world’s largest retail trade association, passionately advocates for the people, brands, policies and ideas that help retail thrive. From its headquarters in Washington, D.C., NRF empowers the industry that powers the economy. Retail is the nation’s largest private-sector employer, contributing $3.9 trillion to annual GDP and supporting one in four U.S. jobs — 52 million working Americans. For over a century, NRF has been a voice for every retailer and every retail job, educating, inspiring and communicating the powerful impact retail has on local communities and global economies. nrf.com 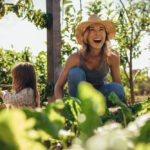 Things Customers Don’t Know About Buying Paint (but should) The Need for Speed: Power Tools Rev Up High-Tech Industries